Welcome Raquel Kechagias! Her Book Tour for the The Fire of the Soul Series stops by here on Day Three. I asked her to participate in a Q&A about her new release Last Ashes.

Synopsis
Chaos has descended on the Underworld, as promised. Anna is un-resigned to her fate as Christian’s ideal wife. She refuses to be weak and submissive but she knows the power he holds over her; if she denies him, everyone she loves will die. However, when dismembered corpses start appearing on the castle grounds, Anna finds her courage to fight against the evil in the world, starting with the Overlord.

RLA:  What is the name and genre of you latest work?
RK:  I would classify my books as Paranormal Romance/Dark Fantasy. I say this for two reasons. The first is that there is a lot of romance in the story. The second reason is that there are a lot of dark themes in the books; including sexual abuse, rape and torture to name a few. There is one scene in particular in ‘Last Ashes’ that I was conscious and hesitant about including in the books. I won’t leave any spoilers but I’ll say this, the Mer-folk have no sympathy or empathy for any ‘Land-walker’ and those who help them suffer because of it.

RLA: Tell us about ‘Last Ashes’.
RK:  What can I say about my new book? Honestly if I could sum it down to one word it would be ‘intense’. There is endless action. There are situations where we see Anna struggling to be more, to do more than she’s ever thought she was capable of. We see the same of some of our favorites and not so favorite characters and even the new characters. One of the biggest things to happen in this book is that we get two see two characters, who were only mentioned before, in action. So yea it’s intense!

RLA:  Did you find any character(s) in your book hard to write?
RK:  I found that there were a few characters that were hard to write. It wasn’t so much the character themselves but rather that it was writing the characters to be more than what they had been mentioned to be. For example Manea and Novak. I also found writing Christian’s ‘good side’ to be difficult as well. It’s difficult to build these characters up, to continually say that this is what they are and then all of a sudden bam! They’re something entirely different to what I’ve been making the characters and readers believe. It’s difficult but fun and certainly worth the effort.

RLA:   What can we expect from you next?
RK:  There’s a few projects I’m working on at the moment. The first is ‘Blood Magic’ which is going through the editing stages. It’s a prequel and spin-off from the story, featuring Adrian or aka ‘Shade’ as the main character. There are several characters from the series and new characters as well. The second is ‘The Eternal Flame’ the final book in the series which I’m currently drafting at the moment and the third is my next series ‘Hell-bound Angels’ which I’m planning and plotting away at. It’s something I’m really excited about. It’s entirely different to ‘The Fire of the Soul’ but I know you will all love it.

RLA:   Where can readers purchase your book?
RK:  At the moment you guys can purchase my book at Amazon. Within the next two weeks you’ll be able to purchase paperback copies and copies from iBooks, B&N, Smashwords, Nook and Kobo. 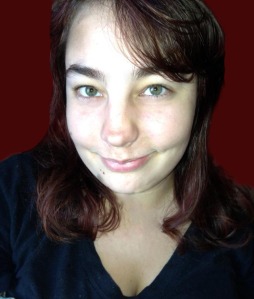 Racquel Kechagias was born in Sydney, Australia in 1991. She is the oldest of seven children and although they drive her a little mad she loves them to bits. Racquel spent her childhood nose deep in a book, preferring their company to that offered by the outside world. At the age of 8 she had grown past the children’s section of the literary world and began to grow up with company of the greats such as Shelly, Stoker, King, Tolkien and Poe. From that moment she was inspired by the intricate worlds. She longed to share the knowledge and passion that it took those authors to create their worlds and from that moment on her life was transformed. Racquel Kechagias is the author ‘Last Ashes’ the second book in the ‘Fire of the Soul’ series.

This site uses Akismet to reduce spam. Learn how your comment data is processed.

We Improve Your Business Growth